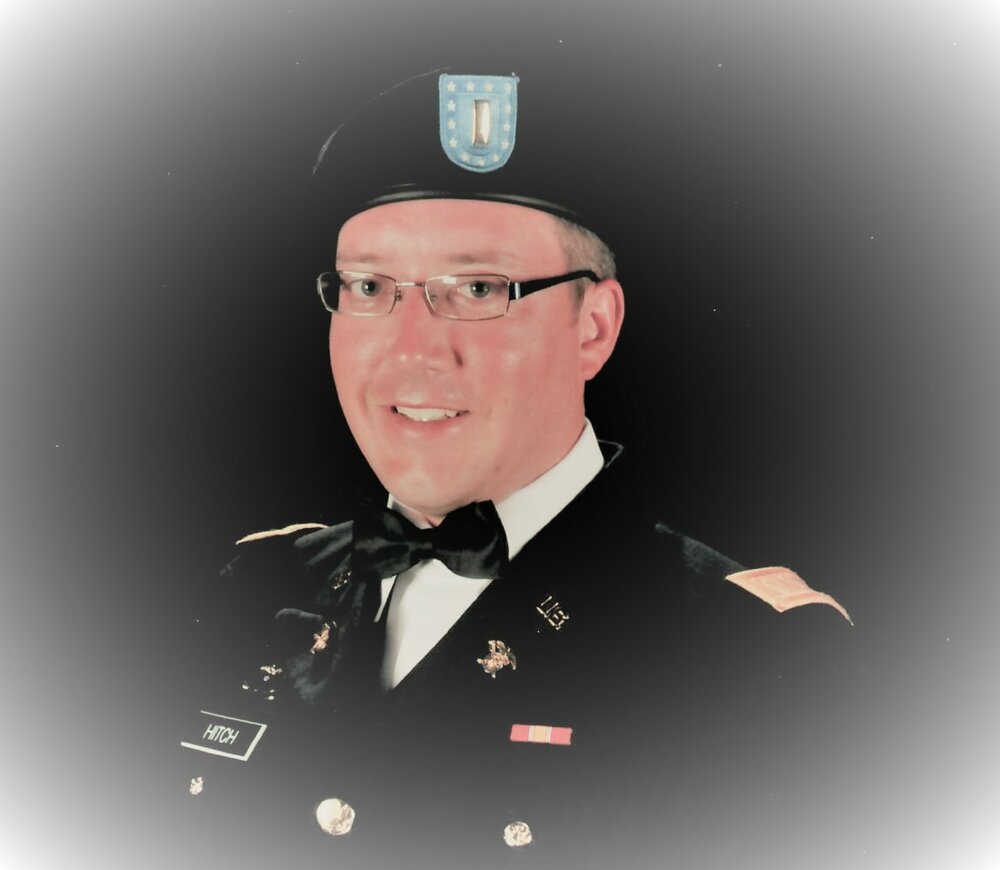 Jason Wade Hitch, formerly of Champaign-Urbana and Normal, IL died Dec 14 in Spring Hill, FL. He was born to Ronald Hitch, Dec 18, 1975 in Champaign. Jason attended Holy Cross Elementary School where he learned his basic Catholic values. He graduated from Champaign Central High School in 1994, and earned his BS from Illinois State University in 2001. Jason was a star of "90 Day Fiance' Season 2 in which he married Cassia Taveras of Brazil. They were divorced in 2018. He owned and operated several businesses in Champaign, including A Pampered Pet, Puttin' on the Dog, Balloon Creations, and Jason's Balloons and Spoons. He successfully sold car parts, memorabilia, and cosmetics on eBay. He also started an online snack business, Gifting Fun. His proudest accomplishment was attaining the rank of 1st Lieutenant in the US Army Reserves stationed out of Lakeland, FL. Jason dearly loved his Shelties, Frank and Shara. He was an avid car lover. One could often find him and his father working on old Mercedes or El Caminos, of which he owned four. He was especially proud of his '87 El Camino which he lovingly restored. He is survived by his father, Ron, his estranged mother, siblings Ryan of Bloomington, IL and Shannon (Kendric) Speagle of Scottsdale, AZ and nieces and nephews, Ellis, Vivienne, Clementine, and Lyndon Speagle. Funeral arrangements are being made by www.PinecrestFuneralChapel.com, Spring Hill, FL. "Memorial donations in honor of Jason may be sent to: The Gary Sinese Foundation PO Box 368 Woodland Hills, CA 91635 or online www.garysinesefoundation.org Ron's email: ronhitch@gmail.com"
To order memorial trees or send flowers to the family in memory of 1LT Jason Wade Hitch, US Army, please visit our flower store.