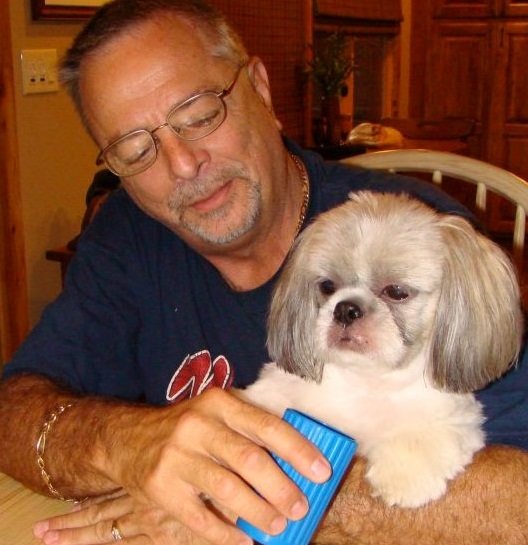 Carl Genuardi, 67, of Weeki Wachee, Fla., passed on April 9, 2019. He was born and raised in Tampa, Fla. and had been a resident of the area for the past 15 years. Carl was a proud and active member of the Boiler Maker's Union. He loved attending local Boiler Maker's events, and enjoyed the brotherhood and camaradarie he experienced with them. He ultimately retired as the Safety Coordinator for Florida Crushed Stone Cement & Power Plant after working there for 27 years. He's best remembered as a fun-loving man with a great sense of humor who loved junk food, BBQ grilling, traveling and fishing, as well as taking long walks with his wife and dog Winston. Carl had a passion for cars, especially Chevys, and enjoyed taking his Corvette "Rudy" out for an occasional spin. He spent many years traveling with his wife on his Harley "Ziggy." He also was an avid viewer of Barrett Jackson auctions and NASCAR races. A sports fanatic, his two loves were football and baseball. He was especially eager to watch or attend games of his beloved Tampa Bay Buccaneers, Tampa Bay Rays and Florida State Seminoles. Carl had a huge and generous heart. He displayed his softer side through his deep love and affection towards animals. A regular at the local animal shelters, he often donated food, toys and money.

In lieu of flowers, the family suggests donations to your local ASPCA or Humane Society in memory of Carl.

To order memorial trees or send flowers to the family in memory of Carl Genuardi, please visit our flower store.