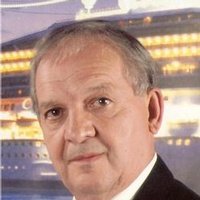 Julian, George Kenneth, 78, Spring Hill, passed on June 24, 2017. A native of Brooklyn, New York, Mr. Julian was born to the late Samuel and Rose (nee Patti) Julian. He previously owned a home improvement construction company. He was also a veteran of the United States Army and was Catholic by faith. Among the many things in life to be enjoyed, the things Mr. Julian enjoyed most were his family, oil painting, salt water fish tanks, boxing, rebuilding computers, involvement with astrology groups, his telescopes and microscopes, science, Zen and the Proverbs. Mr. Julian is survived by his wife of 57 years, Lillian; his daughter Teresa Pantaleo and her husband Frank; his grandson Mike Julian; his brothers: Joseph Julian and his wife Lorraine, Robert McCune, and Michael McCune and his wife Elizabeth; and friends. Family and friends may gather at Pinecrest Funeral Chapel on Friday, June 30, 2017 from 6PM – 8PM where a service celebrating his life and faith will conclude the evening at 7:30 PM.
To order memorial trees or send flowers to the family in memory of George Kenneth Julian, please visit our flower store.