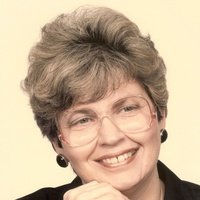 BAUMEISTER, KATHRYN T., 74, of Spring Hill, passed October 17, 2018. She was born in Providence, Rhode Island, the daughter of Edward and Catherine (Walsh) Martin. She was a judicial assistant for the state government. Kathryn is survived by her loving husband, Carl; son, Michael, and his fiance, Destiny; brothers, Ted, and his wife, Catherine, John, and his wife, Donna; sister, Abbey, and her husband, George. She was preceded in death by her son, Christopher in 2000. Visitation will take place on Monday, October 22, from 2:00-4:00PM and 6:00-8:00PM with a wake service at 7:30PM. A funeral mass will be conducted on Tuesday, October 23, 9:30AM at St. Frances Cabrini Catholic Church, followed by interment at Florida National Cemetery in Bushnell.
To order memorial trees or send flowers to the family in memory of Kathryn T. Baumeister, please visit our flower store.