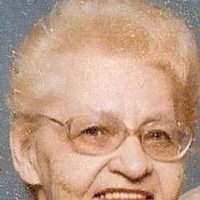 White, Lillian Grace, 90, of Brooksville, FL, born June 28, 1926 in Clarkston, Michigan to LaVerne and Mable Louise McClelland. She was preceded in death by her husband, Ronel White, after 63 years of marriage, brothers, David McClelland, William Stanley "Stan" McClelland and sister Janice Hunnicutt. She is survived by sister, Barbara Baker, her three children, Robert "Bob" White, Dennis White and Sandra Brosious, her grandson, Jordan, granddaughter, Nikki, and nieces and nephews. Lillian was raised on a peach and apple orchard, then started working as a press operator and assisted the welders at Pontiac Motors, Pontiac, Michigan. She then stayed home to raise a family. While the children were in school, Lillian worked as a "lunch lady" and supervised the playground during lunch at Donelson Elementary, in Pontiac. Lillian moved on to working as a cashier for Burger King inside Pontiac Mall. The she retired with Ron to Paradise Park in Largo, FL in 1986. In 2007, they relocated to the Brookridge Community in Brooksville, Florida. Lillian will be laid to rest beside Ron, at Florida National Cemetery, Bushnell, Florida, with Pastor Jerry Waugh officiating.
To order memorial trees or send flowers to the family in memory of Lillian Grace White, please visit our flower store.