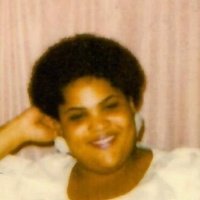 Lisa Simone Taylor was born July 25, 1967 to Margaret Irene Murphy (nee Tomes, July 18, 1928-April 18, 2006), and Benjamin Taylor, in Manhattan, New York. As a teenager, Lisa moved to New Jersey with her mother "Irene" and stepfather, Thomas Murphy. On May 16, 1986, Lisa became a mother to her firstborn and only son, Cruz Eugene Taylor (May 16, 1986-June 24, 2018). On August 15, 1991, Lisa once again became a mother to her daughter, Shantel Nervand Lowman. Lisa was a joyful and loving spirit, always kind and caring for others with a heart of gold. She had a smile that was contagious and brightened any gloomy day. Before losing her leg due to a flesh-eating bacteria called necrotizing fasciitis, Lisa was a security guard for Bell South. In 2003 Lisa purchased her first home in Spring Hill, Florida, where she remained until Jehovah decided to call her home. Lisa leaves behind her daughter, Shantel, a niece, Charmine Murphy, and her only grandchild, Dynari Eugene Taylor, along with loving friends and family members. Lisa will truly be missed, however heaven has gained an angel.
To order memorial trees or send flowers to the family in memory of Lisa S. Taylor, please visit our flower store.