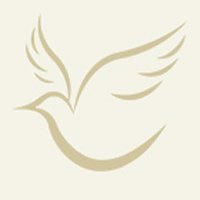 Luella Peterson Knowles, 95, of Spring Hill, Florida, passed away peacefully with her husband by her side on September 9, 2017. She was born in Fremont, Nebraska, the daughter of William and Olga (Bruget) Peterson. She grew up in Volin, South Dakota. She met and later married Lester Horn, with whom she had five children. In 1950 the family moved to Long Island, New York. Her husband Les died in November, 1969. She then moved to Spring Hill, Florida in 1975. Luella was a homemaker who loved sewing, cooking, ceramics, macrame, and bowling. She was of the Lutheran faith and sang in the choir for many years. She was a volunteer at Spring Hill Hospital for many years, and she was a past member of the Spring Hill Lions Club, where she met and married Robert Knowles in 1979. Luella is survived by her loving husband, Robert, and children Jackie Horn, Bill Horn (Tammy), Cheryl Horn Belfer (Joe), Debra Ronk (Norman), and Janet Greene (Darryl), step-children Robert Knowles (Kathryn), and Janet Rose (Raymond); two sisters, Etta Linssen, Jeanette Druger and brother, Dean Peterson (Elizabeth); 16 grandchildren, 15 great-grandchildren, and 3 great-great-grandchildren. A memorial service will be conducted at Pinecrest Funeral Chapel, Spring Hill, Saturday, October 7, 2017 at 11:00 a.m. Interment will take place at Florida National Cemetery in Bushnell, Florida, on October 9th at 10:30 a.m. In lieu of flowers, the family asks donations be made to the Lighthouse for the Visually Impaired and Blind of Pasco and Hernando Counties.
To order memorial trees or send flowers to the family in memory of Luella Knowles, please visit our flower store.