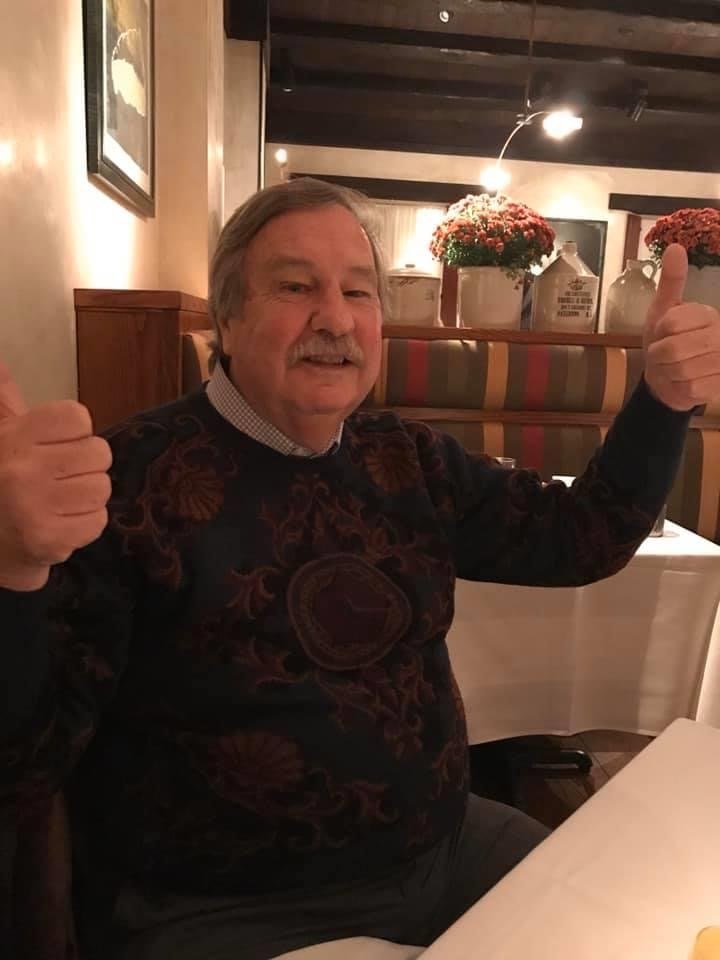 Michael Patrick “Mickey” Fay, age 73, of Spring Hill, FL passed away on June 20, 2020 in Brooksville, FL. A Funeral Mass will be held for him at St. Frances Cabrini Catholic Church in Spring Hill, FL. A specific date and time will be updated shortly with a reception to follow at his house in Silverthorn. A private burial will be held at Curlew Hills Memory Gardens in Palm Harbor, FL. Pinecrest Funeral Chapel and Cremation Service will be handling the cremation. Mickey was born in Brooklyn, NY to John and Dorothy Fay on April 11, 1947. He was the oldest of three sons. Mickey went to high school at Archbishop Malloy in Queens, NY and Berner High School in Massapequa, NY where he graduated in 1965. Mickey was an All Long Island standout basketball player. He held many basketball records while he attended Berner High School. He then received a full ride basketball scholarship and earned a B.A. in English from Central Connecticut State College (now University). Mickey started his career in the insurance industry in Hartford, CT where he worked for The Hartford Insurance Company as a special risk underwriter. He quickly worked up the ranks to insurance operations and helped manage regional facilities around the country. After leaving The Hartford in the late 80’s, he worked for Ranger Insurance in Houston, TX, and Rangemark Insurance Services in Solvang, CA. Most recently, his career with AmeriTrust spanned almost 14 years and included the management of the California and Kansas regional offices. After moving to Florida to be near his family, he continued to be an integral contributor to the company working with the Southern region. He held board positions with AlaMed and Alabama Forest Fund. Mickey had just reached a huge milestone of 50 years in the insurance industry. He enjoyed spending time with his family, going to Broadway shows, attending or watching college and professional sports, fine dining and traveling, and listening to live music. He was larger than life and had an amazingly quick wit and sharp brain. He was not only a fantastic father, father-in-law and grandfather but he was also an amazing friend. Mickey is survived by his daughter, Kelly Fay Chapman, son-in-law, Keane Chapman, grandson, Reagan Chapman and granddaughter, Alexandra “Ally” Chapman all of Spring Hill, FL. He is also survived by his brother, John Fay, sister-in-law, Joann, niece, Meghan Fay all of Long Island. He is preceded in death by his mother, Dorothy Fay, father, John Fay, and brother, Dennis Fay. In lieu of flowers, memorial donations may be made to Hernando Youth League- Basketball. Sports were a foundational part of Mickey’s life; he made friendships that lasted a life-time, and because of basketball, he was able to attend college and make something of himself. He always wanted to help those in need and had a heart the size of Texas. The mailing address for HYL is: HYL Basketball Inc. (Attn. Mickey Fay athletic donation) P.O. Box 5976 Spring Hill, FL 34611 The family wishes to extend their gratitude to his friends and colleagues, and all of the support that they have been given by those who have reached out to them.
To order memorial trees or send flowers to the family in memory of Michael Patrick Fay, please visit our flower store.