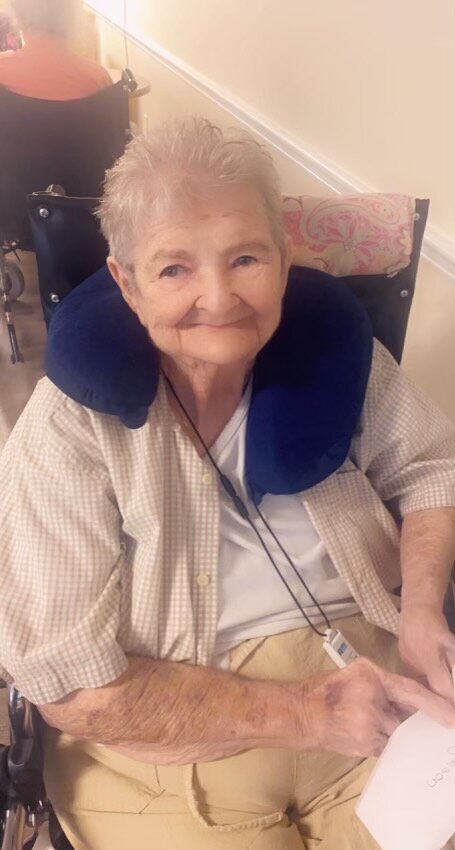 Moleda Dawn Hoganson, from Spring Hill Florida, passed into eternal life on August 16, 2021. She was born in Detroit and lived in Michigan until she and her husband, Earl, retired to Florida in 1987. She was widowed in 2016 when Earl passed. They embraced living in Florida but still loved Michigan. They would return yearly for three to four months and spend their summers in their little Lexington, Michigan cottage. Moleda was a fierce lover of animals and cared for all her dogs as if they were her children. Her favorite dog of all time was a West Highland Terrier, Jenny. She was heartbroken and never attempted to replace her with another dog when Jenny passed in 1981. Moleda lived a very simple life. She enjoyed going out to dinner and spending quality time with her Aunt Zell Rice. They were as close as sisters and were inseparable once they both moved to Florida. Together, they joined the neighborhood watch and took their turns on patrol. In her later years, she joined a church with her Aunt Zell and participated in many community events including the yearly Swamp Fest in Weeki Wachee. Moleda spent the last 7 years in an assisted living facility as she suffered from severe rheumatoid arthritis and needed much assistance with her activities of daily living. While at the facility, she participated in many of the group activities such as bingo and crafts. She really enjoyed the monthly singers who came to entertain, but her favorite was always the Elvis impersonators. Her death leaves a void in the lives of her only son Micheal Hoganson and his wife, Cindy, along with her only grandchildren, Eric and Jeffrey. She also leaves behind a sister, Barbara and four brothers, Ronnie, Doug, Greg and Larry. She will be remembered with great love and happiness. May she rest in peace as she joins her husband, aunt and parents in eternal life.
To order memorial trees or send flowers to the family in memory of Moleda Dawn Hoganson, please visit our flower store.