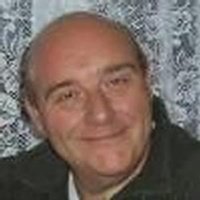 Peter William Weeks, age 62, became an angel on July 27, 2016. Born in London, England, Peter lived in the United States since 2004. Peter, preceded in death by his parents, Daisy and Frank Weeks, is survived by his loving wife, Debra (his “Debs” ) Weeks of Spring Hill, FL, his sister Geraldine Finch and brother-in-law, Christopher Finch of West Sussex, England; his nephews, Ben and James Firmin of England; his step-mother, June Newnham, Burgess Hill, England; step-children, Sarah, Matthew, and Philip Weeks of Salt Point, NY, and step-son Joe Treanor, Spring Hill, FL. Peter was happily retired and enjoying spending time and taking trips with his wife, Debby. His joy was his cooking, which he called his “therapy”. He went through many trials with his health, but always maintained a smile and a joke for anyone he met. He looked forward to Nascar season every year. He loved making people laugh with his various English accents, especially John Lennon. He was a sensitive, sweet, generous, and loving man. He was loved, respected, and a good friend of many. His family in England, Newfoundland and Indiana meant the world to him. A role he loved was as President of the Friends of Weeki Wachee, and was a strong advocate of working hard to get Weeki Wachee Springs State Park the items or services it needed that their budget could not provide. Particularly wheel chairs, and its public address system - tasks he was not able to complete. We was well loved by the park staff. The outpouring of love and affection from friends and family on Facebook, and through texts and phone calls, is astounding and sincere. Heartfelt thanks to all. In lieu of flowers, please donate in Peter’s name to the Friends of Weeki Wachee, PO Box 5346, Weeki Wachee, FL 34611, attention Bobby Rae. Donations can also be taken at the Celebration of Life. Cards can be sent to 5223 Enfield Avenue, Spring Hill, FL 34608. A Celebration of Life will be held at the Magnolia Terrace Tea Room, August 7, 11am-2 pm, 6282 Commercial Way, Weeki Wachee, FL 34613, 352-556-4819
To order memorial trees or send flowers to the family in memory of Peter Weeks, please visit our flower store.