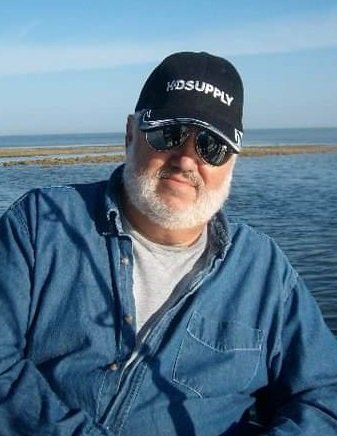 and unselfish friend, passed away on Sunday, September 8th, 2019. Richard was born in Charles City, Iowa on November 20th, 1941, as the third son to Lloyd and Bessie Buelow. His brothers were Roger (deceased) and Wayne (deceased).

He grew up in Robbinsdale, MN, graduating from Robbinsdale High School, then joining the service with the National Guard, where he proudly served his country for six years.

Dik loved being on the ice playing hockey as a goalie and continued to teach his skills to future generations, including his sons.

In 1973, he met the love of his life, Kathleen “Katie” Miller, and they were married on November 30, 1974 in Racine, Wisconsin. They welcomed the final member to complete their family in 1976, another handsome son, Jason Matthew.

Richard participated as an active member of the Central Pasco and Gulf Railroad, Largo Central Railroad, and the Timber Pines Model Railroad Club.

He was also a passionate and skilled trumpet player participating with the Timber Pines Big Band and Florida Brass Senior Drum and Bugle Corp. Dik was also a past director, designer, instructor, and performer with the Minnesota Brass, Inc Sr. Drum Corp. Dik also loved his work as a director and instructor of the Babcock Debutantes Winter Color Guard out of Minneapolis, Minnesota. Continuing in his love of the marching arts, he became a member of the Central States Judging Association, where he was a valued and respected adjudicator for over 30 years.

For our Northern family and friends, the celebration of life will be announced at a later date.

To order memorial trees or send flowers to the family in memory of Richard Buelow, please visit our flower store.