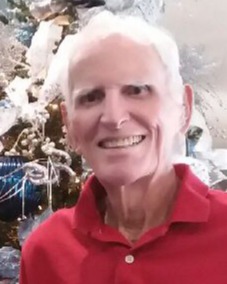 Richard A. Martin, known as Dick or Cork, age 94, of Spring Hill, Florida passed away on January

He was a graduate of Morrison High School, class of 1947. Dick married Gloria M. Cash on

December, 24 1950, in Hyannis, Massachusetts.  He enlisted in the United States Air Force on

Wing in Korea and with the Headquarters, U.S. Southern Command, Albrook Air Force Base, Panama Canal Zone.  He was the recipient of four Commendation Medals for meritorious service while in the Air Force and retired from U.S. Air Force with the rank of Chief Master Sergeant on September 1, 1967.

On the very day he retired from the Air Force, Dick began work in management at International Shoe Company and later with the Corporate Headquarters, INTERCO INC, both located in St. Louis, Missouri. He retired from that company in 1989.

Dick was an active and over 50 year member of Masonic Organizations.  His achievements included becoming Past Master of Collinsville, Illinois Lodge #712, Past Worthy Patron of Collinsville Chapter #666 of the Eastern Star, Past Presiding Officer of the Scottish Rite, a member of Tancred Commandery #50 and a member 0f Ainad Temple, East St. Louis, Illinois. He was awarded the thirty-third degree, Scottish Rite Freemasonry’s highest honor in 1982.

He was also a 50 year member of the Collinsville American Legion serving as a long time Director and Commander of VFW Post #5691 and was an outstanding Illinois State Post Commander for 1978-79 term.

In his free time, he (1) researched and published the four family histories (2) for the past  50 years, associated with another in developing real estate projects and (3) pursued stock investments and when asked, gave help to others with their portfolios.

He was preceded in death by his parents, wife Gloria, son, Bruce, four brothers (Bill, Cyrill, Howard and Robert) and three sisters (Joan, Amaryllis and Maryllin).

Memorials may be made to the Shriner’s Children’s Hospitals.

His body will be cremated and a service will be held at 11:15 a.m., Friday, March 31, 2023 at the Jefferson Barracks National Cemetery in St. Louis, Missouri with Pastor Chris Hill officiating.

To order memorial trees or send flowers to the family in memory of Richard "Dick" Martin, please visit our flower store.