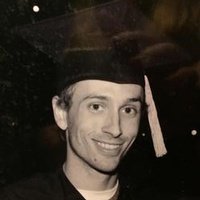 Pearson, Robert John, 27, of Spring Hill, died as the result of a tragic motorcycle accident on May 20, 2016. Born in New Port Richey, Florida, he attended Pasco Hernando Community College, earning an Associates Arts degree. He earned his Bachelor's degree at the University of Central Florida in Orlando. He enlisted in the army, and worked as a security officer in a gated community. He loved life and lived it to the fullest. His passions and interests included playing pool and riding his motorcycle. He is survived by his parents, Sharon Pearson and John Soyak, and half-brothers Tyler and J.T. Robert chose to be an organ donor and will be cremated. Flowers accepted at Pinecrest Funeral Chapel by Noon 5/28 or donations to Red Cross in Robert’s memory. A memorial service will be held at the funeral home on Saturday, May 28, 2016. The family will receive visitors from 12pm to 2pm, with the service commencing at 2pm. He will be greatly missed by all knew and loved him.
To order memorial trees or send flowers to the family in memory of Robert John Pearson, please visit our flower store.