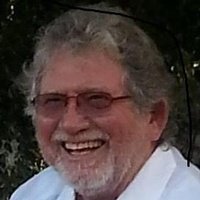 William Stephen (Steve) Lacey, born on December 9, 1943 in Pittsburgh, Pennsylvania, to the late Mary Eleanor (Gallagher) Lacey and the late William S. Lacey Sr., passed away at home among family and friends at age 74 on August 3, 2018 in Spring Hill, Florida. Steve graduated from South Hills Catholic High School in 1963, from Cornell University in 1973 and from the University of Pittsburgh’s Joseph M. Katz Graduate School of Business in 1993. From 1963 to 1969, Steve served in the US Navy as a submariner on the USS Trutta and the USS Nathan Hale. Steve worked as an engineer and manager in the nuclear power industry from 1974 until his retirement in 2016. Steve is survived by his spouse Lorie Jesperson; his two sons Patrick R. and Cameron Z. Lacey, from his first marriage to Susan (Zouck) Gratz, and their families; his brother James P. Lacey; and his sister, Patricia Lacey Zavesky. Also surviving are his grandchildren Silas, Pearl, and Brogan; his stepdaughters Katherine and Caroline; and step grandchildren Bradley, Grace, and Roland. He was preceded in death by his brothers, Richard J. Lacey (MIA Vietnam) and Walter J. Lacey. Lorie introduced Steve to her love of art, and together they enjoyed painting, golf, travel, gardening, and spending time with their joined families. Steve was an active member of St. Frances Cabrini Catholic Church and the Knights of Columbus, volunteering as a Eucharist Visitor and in the many K of C ministries. The family requests that, in lieu of flowers, donations may be given to the Nonprofit Cancer Research Institute in Steve’s memory. A memorial mass will be held at 11:00 on November 9, 2018 at St. Frances Cabrini Catholic Church in Spring Hill, FL. A memorial ceremony will follow at the Florida National Cemetery, Bushnell, Florida.
To order memorial trees or send flowers to the family in memory of William Stephen Lacey, please visit our flower store.